I can't believe we haven't discussed these games before. I've been obsessing over both of them for the past three months. I actually got HL2 before I ever played the first one, but once I finished it, I went back to play 1.

Half-Life:
----------
I personally think that the graphics are amazing in both games. In Half-Life, for the time period it was made, the general graphics are amazing, and the interactiveness (is that a word?) of the world around you as well. Plus, the storyline is pure genius. Sure, there have been plenty of movies in laboratories before, so it's not the most original idea, but the way it's carried out is what counts, and Valve did a great job of that. There's also some puzzles built into there (Valve reused this somewhat in Portal). For instance, at once point you are in a room filled with these energy balls that transport you to another area or part of the room (like permanent portals). You have to pass through the correct combination of these portals to get to the next room. Otherwise, you'll either end up where you started, or die.
Also, Valve had some good ideas for the weapons available to you throughout the game. For instance, at the beginning of the game, you're just a scientist, and have no weapon, but once the incident begins, you get a crowbar. Not the most damaging weapons, but it works, and it ends up being pretty useful throughout the game. As you progress, you collect more guns, some of which fire powerful energy beams, and one that even creates those energy ball portals to transport enemies away.
And of course, the plot twists. Soon after the incident [in which a portal is mysteriously opened between Earth and another world called Xen], you discover that the marines are on their way to the Black Mesa (the company you work for) lab. Later on in the game, you come face-to-face with them. But you don't get the chance to talk, as they're shooting at you. You soon discover that they were actually sent to ensure there would be no witnesses. So now the only people you have on your side are the one-bullet-per-second barneys, and the open-doors-for-you scientists. And the only people you have fighting on your side are the one-bullet-per-second barneys. Big help, marines, thanks...
Anyway, I'm not going to go through the entire storyline, as I don't want to ruin the game for those who haven't played it. If you wanna spoil the ending for yourself, look it up on Wikipedia. Bottom line: Half-Life is easily one of the best games of it's time period, and is most definitely worth your time.

Half-Life 2:
------------
Again, Valve did an amazing job overall. As with the first game, the graphics are stunning. Especially for the computer (which is what I played the games on). Maybe I'm a little desensitized, as I'm used to playing games on the Wii, where the graphic's aren't all that great, but the detail in HL2 really amazed me. Everything looks very realistic, even the aliens.
As with the first game, the weapons you can aquire are of a wide variety, and are very inventive. There are less weapons available than in game one, but there's also some new ones. One of the most useful is the Zero-Point Energy Field Manipulator, or Gravity Gun. This gun allows you to pick up various objects that you can't lift on your own, and hurl them at opponents. It comes in handy throughout the game's various puzzles, and even gets upgraded at one point, and is able to kill enemies.
And again, the storyline is great. It continues from where the first game left off in a way (again, I'm not going to tell you the ending of the first game). The G-Man places you on a train inbound for a place known as City 17. There you discover that things aren't what they seem, and the advisor of Black Mesa isn't the person you thought he was (even though you don't meet him in the first game). You run into a few old friends from Black Mesa, as well as a new character. Alyx Vance, the daughter of your co-worker Eli, helps you throughout the game. With her help, you fight your way through hoardes of Xen's aliens, as well as Combine forces, and uncover a sinister plot to take over the world.
Again, I'm not going to finish the story, but after you complete HL2, two sub-games follow, known as Half-Life: Episode One, and Half=Life: Episode Two. These two sub-games explain some of the questions that are presented throughout HL2, and give a fuller conclusion to the game, although not everything is over. And Episode 3 is expected to be realeased sometime in 2010.
So, overall, imression: Again, an amazing game from Valve. If you love First-Person Shooters, like a good storyline, enjoy fun and inventive weapons, and like fighting aliens, I'd go for Half-Life 2, as Halo 2's storyline sucked in my opinion.


Whew! Lot's of typing hurts my hands! Well, I'm going to stop now, but hopefully I've convinced you all to play these awesome games!

tl;dr - Half-Life and Half-Life 2 are the best games ever! Play them! Then discuss them here! 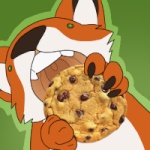 I have only played the second one as it was in orange box.
I think it's a good game, if I had time I am sure I would play it