Its free and its better than WoW

It has amazing graphics and stunning Gameplay 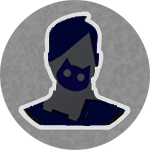 its better than WoW

If I eat enough refried beans, I can drop a load thats better than WoW, so this really isnt saying much.

This game used to cost money (buy the game and pay to play) . Now its free for both. I have read in many places about how much of a failure it was, and even though I have never played it, if I were a betting man, I would bet its current price is based on that failure.

The best review I have seen of it, didnt go higher then 6 of 10 which is barely passable, But most seem to agree on the same general statement "ArchLord can be summed up with two words: "dull" and "repetitive." "You probably shouldn't play ArchLord." (That was from Gamespot).

Archlord is a PvP game (like GuildWars) and even though they have PvE, its more of after thought.

In the end its up to your own tastes, and being free gives you the option to do that without loss (except for time) I just figured I would balance the original posters comments out with another perspective. 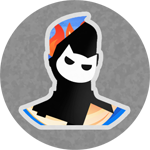 hellblade wrote:But, everyone likes different things, just because the reviewers gave it a bad mark, it doesn't it is a bad game, it may be the best game someone has ever played, you can never / cannot often go by the reviewers. It's the same with movies, there are heaps that I have liked alot and they havn't been givin a good review.

That is true, yes, but when the overwhelming majority of reviewers and gamers alike, agree that something is not good, it typically isnt.

The original poster apparently likes it a lot, so there is obviously some audience for it, I was just offering the alternate view of the general consensus.

It should be noted, if I wasnt clear enough, that I have not played the game (PvP doesnt interest me in the least bit), So none of what I say is based on my own experience, I am simply stating the facts as I have heard them. Its always open to the individual to decide if they want to play it or not.

It also might be worth noting that those review scores were given (I assume) based on a game you buy and pay monthly for. Since its now free, that may be something (for some) that would bump up the scores a bit.

Well everyone has the own views on everything

i would play it but my good computer is in the shop ( lighting hit it ) and i'm using a P.O.S right now. only got 10 gb left on HDD

ya the guy at the store said that it prolly won't be able to be fixed. alienware won't gimme a refund so... ima goin to miss my 4tb to 'play' with

well i guess i'll have to settle with runescape for right now..

well a bunch of my friends get on and we go clan killing so it can get fun...

ya that's true but they ripped it from somebody and got the cd for free. but still gotta pay the stupid monthly fee

ya i'll just stick to drift city. NEVER PLAY MAPLESTORY it is boring as a motherf*cker

trust me and don't